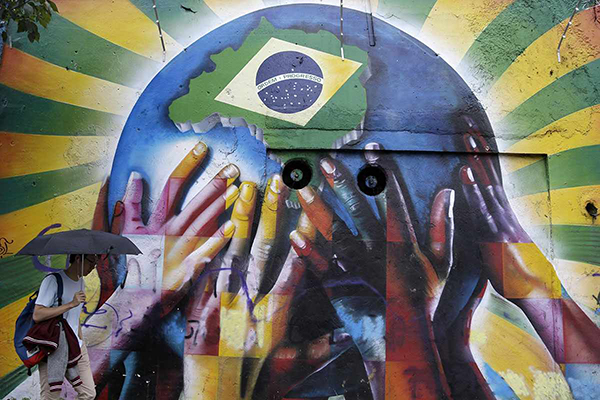 Portuguese is spoken in many parts of the world, from Europe to South America, Africa and Asia. Brazil is the largest Portuguese-speaking country, with more than 170,000,000 inhabitants and a fast-growing population, making up half of the continent of South America in both area and population.

In addition to being spoken by some 200,000,000 speakers worldwide, Portuguese is very similar to Spanish. Perhaps if you have studied Spanish you can already understand some Portuguese.

Portuguese is becoming even more relevant to the world commerce. Mercosul, an organization similar to the European Union and made up of Brazil and other Latin American countries, is the basis for the creation of a common market. Mercosul and the European Union work together on issues of trade, the environment, transportation, science and technology, and to combat drug trafficking, to cite a few.

On top of introducing you to Latin American studies, Comparative African Studies, Portuguese and other lusophone literatures, a good knowledge of the Portuguese language will take you to even more exciting issues. The rhythm of samba and carnival, the Brazilian culture, the Amazon Basin, the coexistence of beautiful beaches and poverty, Eco Tourism, Race, Soccer and Religion.

If you are considering a career in one of these fields or in business or industry that will interact with a Portuguese speaking country, your opportunities will be greatly broadened by a working knowledge of Portuguese.